Time for another summary of weekly happenings has come. So let’s type quickly before the Ophelia hurricane falls upon on Ireland! The storm is special indeed and probably deserves all the media buzz. But the current forecast doesn’t seem to indicate anything more unusual than some of the epic storms that do batter the Emerald Isle pretty much every winter. If the forecasters got it right, there is not much to fear. If they didn’t, well, goodbye then.

What happened last week other than the storm crawling up north from the tropics? I spent substantial part of the week planning new exciting research … in a series of meetings far less exciting and much more tedious than the actual plans (as usual). Not much time for writing, but it could be more than worth the hassle if our plans pan out as intended (i.e. if we manage to wring sufficient funding from our sponsors).

I still managed to sneak out now and then and work on few little inspirational exercises, though. For instance, I didn’t work at all last weekend. 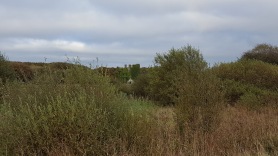 Before heading off for the busy week, I snatched a bit of freediving training (resorting to the pool instead of the rather stormy ocean).

I visited Lady Rivertree a couple of times, learning more about her story. 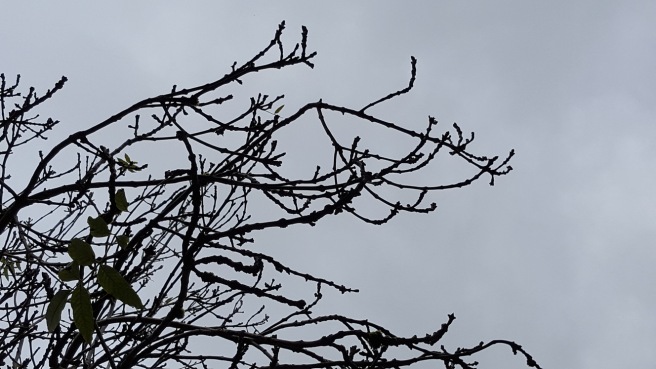 She played with cold fires of the dying summer. Now the last shreds of greenery are peeling off her bones.

Did it hurt, to grate your skin away in every gust of wind? Was it worth it, to fuse the flesh of your arms forever?

I stumbled upon some other stories. Like the one about boats that paid a price for freedom.

One rainy night, the boats ran away. Now they’re on the open ocean they’ve dreamed of, struggling to stay afloat in a storm.

Or a slightly twisted du Maurier-like scene that fell upon me on my way home one day.

A wormy supper interrupted by distant shots. Took off to safety, only to be blurred out and swallowed by the acidic skies.

After the week full of meetings, I had to head out even in weather that was not exactly welcoming. And it was well worth it! Germs of stories seem to dwell everywhere, even amid drizzly lashes of wind on barren shores. Check for yourself in the following haiku.

Or in this little piece that subverts a beloved Lovecraftian myth.

And finally, let me close the loop of this post with another shameless meteorologic parasite of flash fiction.

The lamp shivered behind dunes, afraid of a coming storm. A foresighted drunk staggered by. Oh, lucky lamp!

That’s it for now. Looking back, seems like my mind pretty much followed the brewing storm during the week. Only I’ve learned about it as late as on Thursday evening. Magic, or an inconspicuous influence of the Irish fall? I sincerely hope for the latter…

A sheepish earthling, sinking swimmer, dejected scientist, struggling partner, fearful father... and a dubious writer. I write mostly to stop things bothering me. Which is just another type of bother, but one I'm getting used to. On particularly delusional days, writing even seems to make me happy. But that would be enough about me. Your turn. Do you like jokes that are perhaps a little ill-conceived? Are you obsessed about matters of death and life? And how about the universe that most likely doesn't give a shit? Still interested? Read on, then. You've been warned. View all posts by viitya